The announcement that ASOS is scrapping its popular loyalty program came out of nowhere, though it quickly became a hot topic in the ecommerce industry. This has prompted me to review ASOS and its now-defunct loyalty program.

The British fashion giant’s decision made me think: why would a company decide to get rid of such a popular feature? As I was putting the pieces together, I realized that the business strategy of ASOS has far wider implications, and might affect the course of customer retention in the future.

On one hand, the fashion retailer is spot on in the sense that traditional loyalty approaches often fail to address certain business goals.

However, the substitute service offered by ASOS – which is a subscription-based delivery service – might lack the same retention power in the longer run. I have no doubt that the way forward is by implementing solutions like Recognition Loyalty, which is highly personalized and goes beyond transactions to engage customers.

So what happened behind the scenes? A-List, the long-standing loyalty program of ASOS was meant to incentivize purchases using a transaction-centric loyalty system.

For every £1 spent, customers received 5 points, which they could use to get into higher tiers and unlock access to numerous rewards, such as discounts, competition entries and prize drawings. A-List was highly popular among members, proven by the uproar on social media that followed the announcement of the program’s closure. 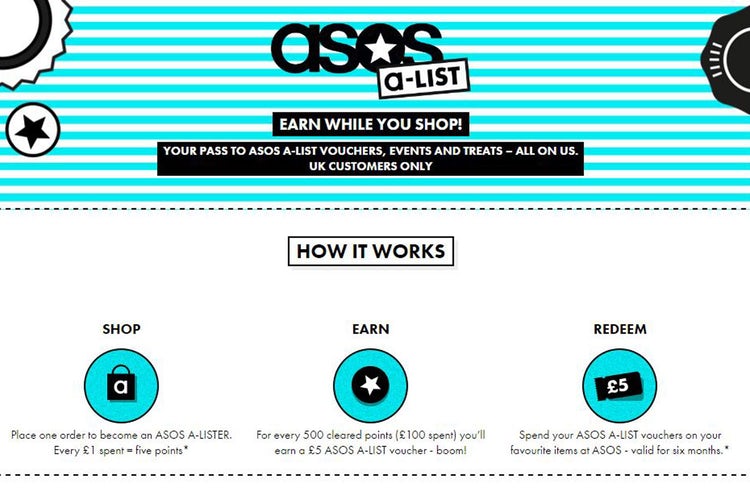 At first the public attributed the cancellation – falsely – to the dwindling popularity of reward schemes. However, it quickly turned out that A-List was sacrificed in order to give a leg-up to ASOS’s other customer retention project.

Different from a loyalty program, ASOS Premier is a subscription-based delivery service that offers unlimited next-day shipping to customers for £9.99 per year. The company itself promoted the idea of switching to Premier by presenting former a-List members a £10 voucher, which can be redeemed for the delivery service as well.

If I were in their position, I would have combined the two, spicing up the loyalty club with an optional subscription. Actually, customers like to see their membership club constantly evolve and introduce new features. Throwing an otherwise promising loyalty program out the window only leaves a sour taste in customers’ mouths.

Let’s dissect the ASOS case. The company was seemingly on the right track, mixing up its traditional earn & burn style program with other elements, such as tiers. Still, the level of engagement with A-List didn’t meet expectations, even though it was popular. This is most likely due to the fact that people visit fast fashion stores like ASOS for a cool shopping experience, which was missing in this case.

Take Jimmy Jazz as an example. The footwear retailer offers one-of-a-kind shopping atmosphere for those who step foot in their Harlem store, and the company set out to create a loyalty program that mirrors the same sentiment. Speed, convenience and ease of use are well-known attributes, but more and more customers care about other factors, such as sustainability, shared values and personalization. 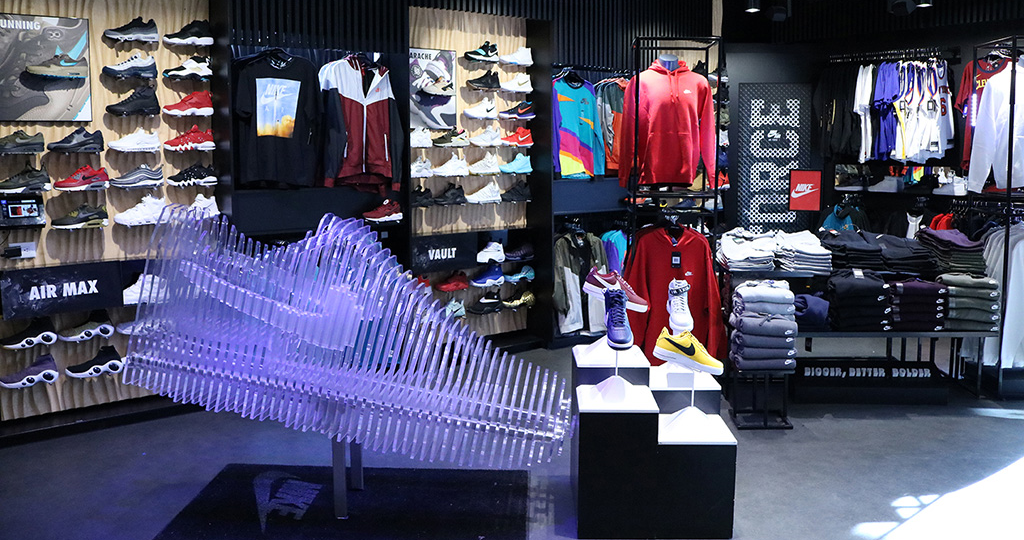 Jimmy Jazz has over 170 stores across the U.S. and the company recently entered a partnership with Antavo to develop a unique and personalized loyalty program with lifestyle-relevant rewards.

For this reason ASOS made a big mistake by putting all of its eggs in one (Premier!) basket. Next-day shipping is no doubt an attractive feature and the service is a good value proposition even if someone doesn’t frequent the shop. Nevertheless, it’s not enough to satisfy the palate of a hyper-aware customer.

Recognition Loyalty, the Next Evolution in Customer Retention

As Joanne Yulan Jong, the renowned author, fashion designer and consultant put it, customer retention is all about being the first brand in people’s minds when it comes to shopping. This is why most loyalty programs don’t cut it anymore: they fail to engage customers outside of the buying cycle, instead wasting money on rewarding actions that devoted customers would have done anyway.

Wholesale, retail or ECommerce, whatever your distribution strategy, successful brands today are taking an omnichannel approach. It's all about being right there and first in mind when the customer is looking. #WednesdayWisdom

Recognition Loyalty, on the other hand, offers several channels for brands and retailers to stay in touch with customers. Transactions are just one of them.

It’s worth mentioning that ASOS did not exclude the possibility of having another loyalty program, as the company claims to be working on even better ways to reward customers. Whether or not this’ll be a separate service or perhaps an upgrade to Premier remains a mystery.

If you happen to be in the same shoes, heed my words: never take features away from people. Learn how to upgrade your existing customer retention tools and experiment with new solutions, such as Recognition Loyalty. If you need further advice on how to better engage with customers, we are always open for a private conversation.

Zsuzsa Kecsmar
Zsuzsa is CCO and Co-founder of Antavo, listed by Forbes as one of Europe’s top 100 female founders in tech. After acting as Antavo’s CMO for nearly a decade, she took over the role to help the company’s clients. She is also a former journalist and has been awarded by the European Commission.