What Brexit Means for Ecommerce

The economic effects of the decision for the UK to leave the European Union will be immense, and some effects of Brexit have already started to show. 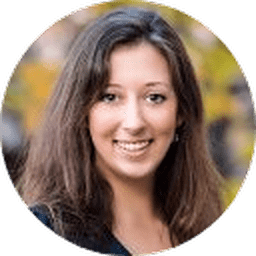 Have you been reading about Brexit this week?

The economic effects of the decision for the UK to leave the European Union will be immense, and some effects have already started to show, but what does it all mean for e-commerce?

As political and economic experts are just beginning to scratch the surface of what’s to come following this major political decision, there is one element certain to have an effect in many ways: exchange rates.

We asked several e-commerce experts in the UK to chime in and comment on the changes they predict in the near future, for both online retailers and ecommerce technology.

We found five major areas that all e-commerce companies in the UK and doing business with the UK should look at:

1. A new relationship between the British pound and international shoppers

This week the UK currency fell to its lowest value against the dollar since the mid 1980s. Nearing an equal level to the Euro, this opens up the doors for international buyers to step in and quickly take advantage of a “discount” so-to-speak.

These changes will have a clear effect on British shoppers, who may tighten their wallets. However, companies selling outside of the UK can take advantage if they act quickly, focusing their advertising efforts on international buyers. Al Mackin of Manchester-based Nudgr.io supports this theory, saying, “This may be short term but it opens up quick marketing opportunities in other countries. There’s no guarantees that the exchange rates will remain the same over the long term, but if you’re nimble then you can capitalise on this opportunity to increase sales outside the UK.”

Companies outside the UK might find some opportunities, too. We know of one company that was quick to jump on a new chance for good marketing, offering Brits a respite from the political chaos, with a humorous twist at Transylvaniabeyond.com.

2. A change in marketing to capture penny-pinchers

UK companies will have to market themselves in a slightly different way as consumers hesitate and keep a closer eye on what’s coming out of their wallets. Competitive pricing is something that consumers will be looking for, and advertising discounts and special offers is a great way to help shoppers breathe a bit easier.

Attila Kecsmar, CEO of Antavo, a UK-based company serving online retailers with operations in Hungary, says “For most tech companies serving ecommerce businesses, it will be more difficult as these retailers will want to cut costs.”

“On the other hand it may prove beneficial for our technology, as we provide reward programs for online retailers, which can be used to capture the attention of penny-pinching customers. Also, companies will put more focus on customer retention, and such loyalty programs are perfect for that.”

3. A smaller budget for big-ticket items

Justin Rees, Founder of Talking Customers has the following insight regarding consumer confidence: “On the consumer side, people will put off spending large sums of money in times of uncertainty. So if Brexit makes people anxious about the security of their jobs or perhaps how prices might fluctuate over time then they tend to put off buying big ticket items. For ecommerce businesses that target these areas they could see a fall in sales while the uncertainty remains.”

4. A change in mobile shopping habits

Several contributors have already alluded to decreased spending and increased interest in finding a good deal, but wherever there is change, there is also opportunity.

Grace Caffyn at Digiday made a very interesting point about mobile commerce, saying that more price-sensitive consumers will lead to m-commerce seeing an increase in search traffic. She also stated that this increase is a great opportunity for m-comm companies to get more conversions on mobile.

Companies should consider spending more money on their mobile ad budget and make sure they’re providing top-notch customer service. Now, more than ever, good deals and great marketing can make up for a lowered interest in spending money.

5. A hike in expenses in cross-border sales and supply chain

Markus Linder, CEO of SmartAssistant, expects “the slowdown of economy will have negative impact on online retail demand in the UK and a weaker pound will lead to an increase in cost for UK retailers which they need to pay for e-commerce technologies in the future.”

If your products are produced outside of the UK, there will likely be tough times ahead when it comes to working with your overseas suppliers, in terms of costs. Rita Usanga, Digital Media Specialist at Britano UK, tells us about the other side of the coin, describing how international manufacturers will also be affected. “We are a nation of importers, not producers, and with the value of the pound dropping to a 31 year low, products will become more expensive for UK consumers to buy. This will inevitably result in reduced spending as pockets and purses come under pressure which will in turn negatively impact eCommerce sites and worldwide manufacturers who do significant business with the UK.”

And finally there is shipping. Paul Rogers, Founder of Replatforming.com, says “merchants are likely to be impacted by higher shipping costs” as a result of the changes, “making them less likely to buy.”

UK companies should take a look at the currencies they are paying for their infrastructure with. Al Mackin makes a great point about hosting, saying that a lot of ecommerce sites pay for infrastructure and marketing services in US dollars. He says, “If you’re hosting with Amazon Web Services, and a lot of e-commerce sites do, then that’s going to lead to an increase in your monthly hosting costs if you don’t have up-front payments.” However, many companies can pay for these services in Pounds, in which case, it’s smooth sailing.

Al also offered a bit of advice, saying that companies can keep watch over the exchange rates and look for opportunities to buy up-front, to compensate for price increases caused by exchange rate woes.

British Corner Shop shared the news of the referendum decision on their page and reassured their target audience, British expats worldwide, that business would continue as usual.

Watching the effects of Brexit for the months to come

Overall, many of the ecommerce experts we asked expressed their concerns related to the currency changes that the referendum and potential exit have brought. Having said that, it’s still too early to determine the true extent of these changes.

One of our contacts John W. Hayes, Marketing Strategist at iContact, put it quite well when he said that business will have to keep an eye on the issues for the long-term: “It’s too early to comprehend how Brexit will impact UK ecommerce…The two years it will take disentwine the UK from the European system, following the triggering of Article 50, is a long time in politics and an even longer time in ecommerce.”

Did you learn something from this article? To get more great posts about e-commerce marketing and customer loyalty delivered straight to your inbox twice a week, sign up for our newsletter. Let’s keep in touch!