If your brand specializes in luxury products, the following may sound familiar: most of your customers come in during the holiday season, only to disappear for years, giving your CRM team a headache. Indeed, low purchase frequency has been a thorn in the luxury industry’s side, but fear not, there’s a solution. Contemporary jewelry brand Diamanti Per Tutti managed to bridge the gap between the first and second purchase by focusing on exclusive tiers, in-store touchpoints and brand advocacy.

Hailing from Antwerp, the diamond capital of the world, Diamanti Per Tutti is a jewelry brand promoting affordable yet stylish diamond accessories. As a player in the luxury industry, the brand’s biggest concern was low purchase frequency. The majority of their customers visited on an annual basis, primarily for Black Friday or Valentine’s Day.

With most customers going silent after their first or second purchase, it was a top priority for DPT to develop a system that rewarded loyal behavior. However, the company wanted to avoid diluting its image with too many discounts. Instead, the goal was to foster a like-minded community by supporting brand advocates and influencers.

In response to the customer retention challenge, Diamanti Per Tutti asked for Antavo’s help in designing a multi-tiered loyalty program called The Diamond Club. At its core, The Diamond Club uses a point system (called carats) and has three publicly available tiers, each offering incremental benefits. 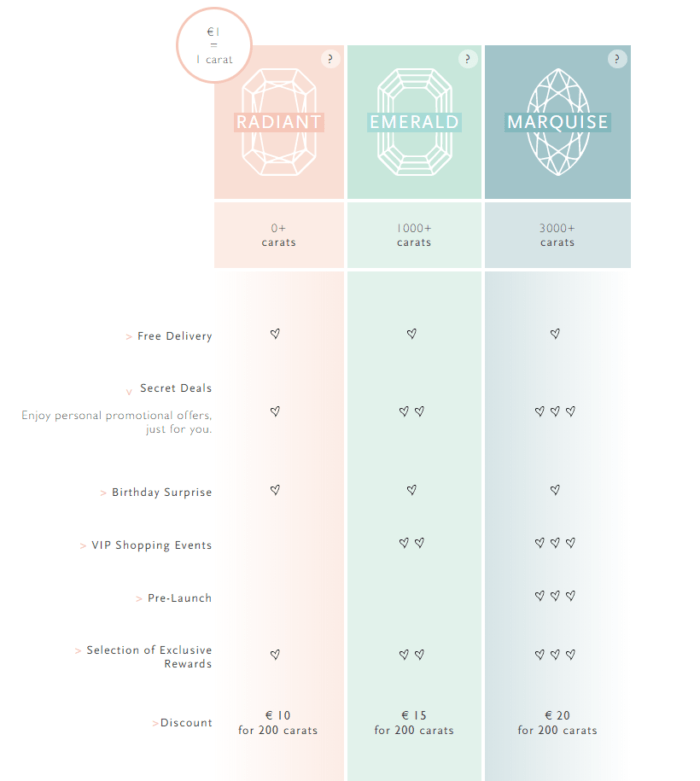 Diamanti Per Tutti offers three tiers, each with distinct benefits. Depending on their tier, customers can choose from a different selection of rewards.

Achieving Full Omnichannel Status by Adding In-store to the Mix

A single customer view is the bedrock of any company’s omnichannel strategy. To ensure that loyalty members’ offline and online activities are aligned, DPT introduced the loyalty program in their brick-and-mortar stores, too. 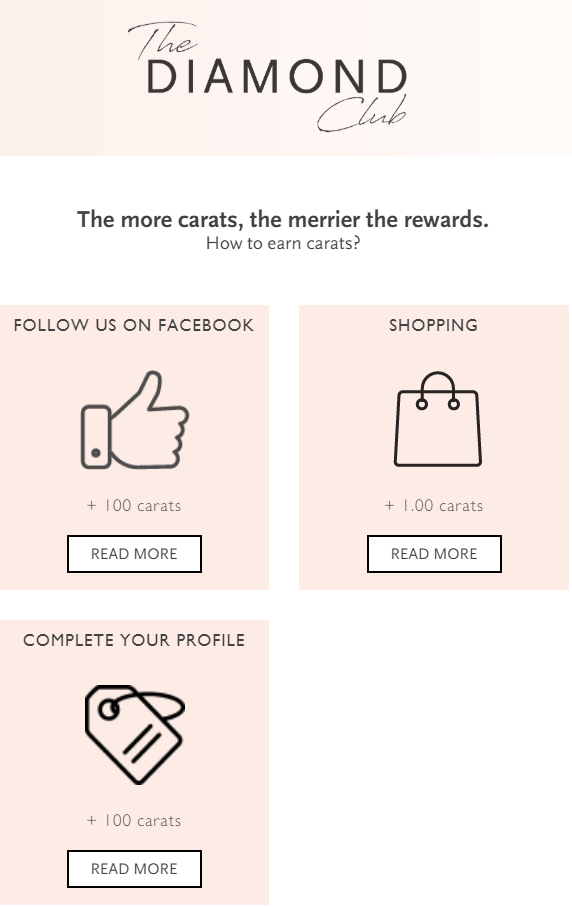 In addition to offline and online purchases, customers can also earn points by connecting with DPT on social media or by filling out their personal profile, supporting DPT’s CRM efforts.

Diamanti Per Tutti aims to generate buzz and word-of-mouth around its brand by giving advocates, influencers and top spenders special treatment. A select few are invited to a hidden VIP tier, which is aptly named ‘Ambassador’. 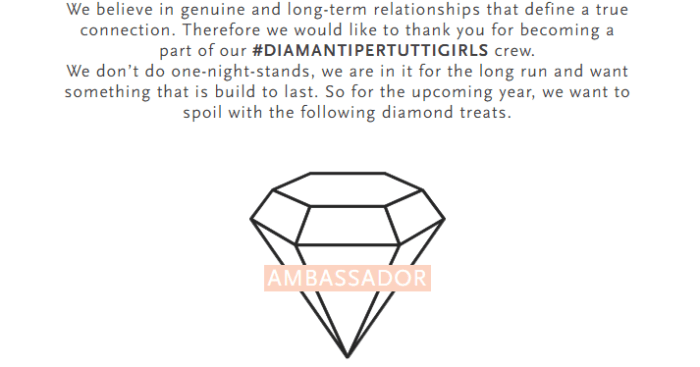 Other features that could boost the appeal of an influencer-friendly tier include early access to upcoming products, which they can showcase on their social media platform, generating interest among their followers.

Build Loyalty and Advocacy Just Like Diamanti Per Tutti

Increasing purchase frequency is just one among the many business KPIs a loyalty program can move – you just need to make sure the program is built with the right mindset.

As for The Diamond Club, Diamanti Per Tutti used a few other tactics to win customers over. One strategy the company used was to retroactively award points to customers after the launch, which immediately drove engagement rates through the roof. But that’s enough spoilers for today! For the full success story of this ‘jewel’ of a loyalty program, check out our case study.

Tamas Oszi
Tamas is a Content Marketing Manager at Antavo with a keen eye for loyalty and customer retention research and trends. He studied philosophy and has a strong background in journalism. Tamas is a true gamer at heart and has an impressive collection of cyberpunk books.