There’s no industry where the concept of loyalty rings truer than in hospitality – especially for beverage retailers. Think about it: bars live and die on the premise of being a second home for their patrons. But how can this possibly carry over to the e-commerce world, where the clientele primarily orders online or on their phone? I’ll show you the solution using Beer Tokens, Beer Hawk’s omnichannel loyalty program, as an example.

The Challenge of Building a Community

The food & beverage industry is characterized by frequent purchases with a relatively small basket value. This has led to cutthroat competition, so it’s absolutely necessary for brands to convince people to become regulars.

Making an impactful first impression is vital to laying the foundation for a long-lasting commitment, but companies need to keep members hooked with a strategy that rewards all kinds of brand engagements – not just purchases – otherwise people will eventually head for the hills.

To illustrate the effectiveness of such an approach, I’ll use Beer Hawk’s loyalty program as an example. The company has not only seamlessly connected its online and offline stores, but has also introduced innovative features to engage their customers.

Beer Hawk is the UK’s leading online retailer of specialty beers and ales. It launched in the summer of 2012 and was acquired by AB InBev in 2016. The company now stocks more than 1,000 different beers and has a string of high-street bars, so people can enjoy their beer both in-store and at home. 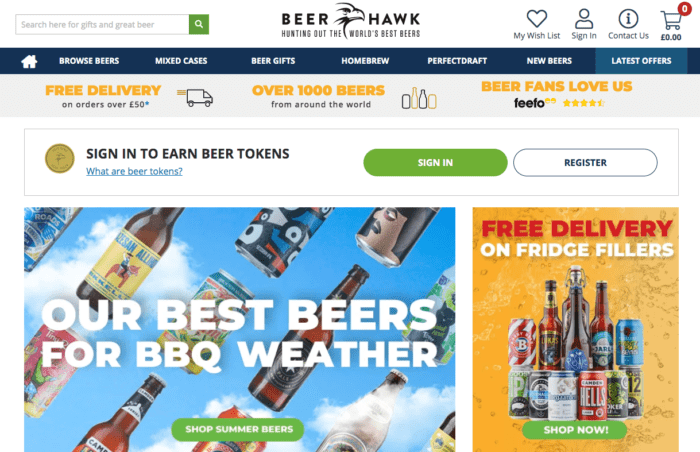 Beer Hawk has an online store at beerhawk.com and two bars in London where customers can redeem their points, even if they initially earned their points online.

A Loyalty Program for Beer Lovers

Beer Hawk set out to bridge the gap between its virtual and physical stores so that all customers can enjoy the same experience. The idea was to turn its existing Beer Tokens program into a more comprehensive omnichannel solution while also being able to identify loyalty members both online and in their bars.

The craft beer retailer’s other priorities included having a modular environment that allowed them to reward customer interactions in multiple ways. Lastly, Beer Hawk wanted to build a program flexible enough to integrate with their ecommerce platform and marketing automation solution, Magento and dotdigital.

So Beer Hawk’s loyalty program checklist looked like this: 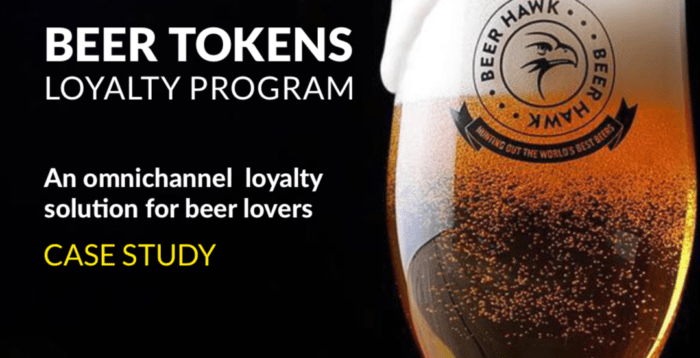 Even though they already had a loyalty program, Beer Hawk decided to use Antavo’s technology to make the program more relevant across all their sales channels. Download the full case study here.

Beer Hawk launched an introductory program with a comprehensive list of features. The company’s loyalty program uses a special point-based currency that resonates with its target audience: Beer Tokens.

The initial launch rewarded customers for purchases as well as non-transactional activities:

The unique nature of this approach comes from the fact it doesn’t just focus on rewarding purchase transactions. By including innovative elements in the loyalty program such as friend referrals, leaving reviews, and rewarding customers for returning their empty kegs, Beer Hawk has been able to motivate customers to engage in ways that are valuable to their brand.

Beer Hawk needed a loyalty platform that allowed customers to earn Beer Tokens for both online and offline purchases.

Digital loyalty cards are a 21st century way to identify customers – similar to plastic cards, except they are always in your pocket or handbag. These can be updated in real time (i.e. when your account balance changes), and you can stack together multiple digital coupons under one loyalty card. 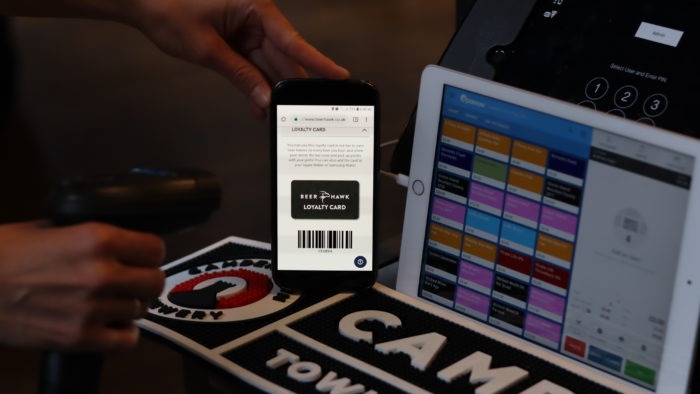 After scanning the customer’s digital loyalty card, the point balance is instantly refreshed both in the POS and on the loyalty card, allowing patrons to redeem points multiple times a day, if they please. 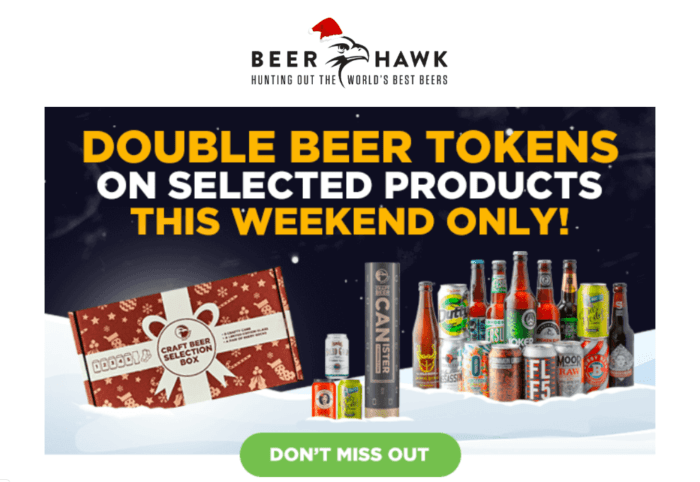 Loyalty-related content and seasonal events raise interest, as customers are more likely to react when there are limited-time benefits on the line. This is one of the emails Beer Hawk sent to their customers.

By uniting the online and offline channels, in-store and online purchase history is stored in one place, so customers can enjoy the same experience no matter where they buy their beer. 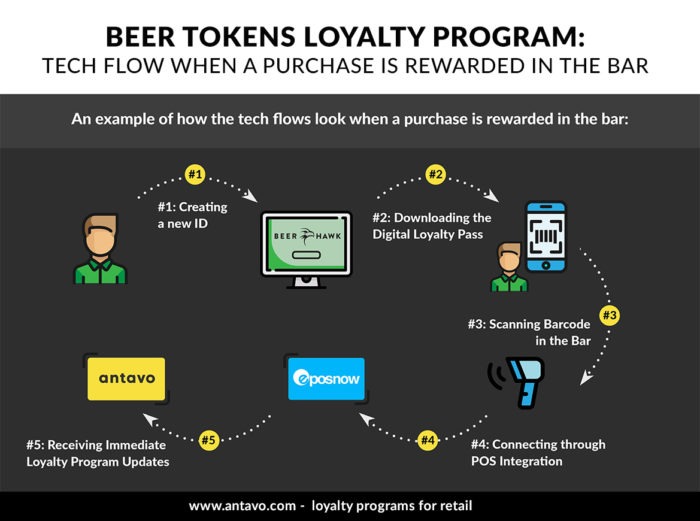 Beer Hawk’s omnichannel strategy helped both the ecommerce team and the bartenders in the bars, who could also recommend beer based on the customer’s taste profile.

Antavo is dedicated to providing next-gen loyalty solutions custom-tailored to help drive your company’s KPIs. If you’re interested in a more detailed breakdown on how we helped Beer Hawk build their omnichannel loyalty program, check out the full case study.

Tamas Oszi
Tamas is a Loyalty Specialist at Antavo with a keen eye for loyalty and customer retention research and trends. He studied philosophy and has a strong background in journalism. Tamas is a true gamer at heart and has an impressive collection of cyberpunk books.