Best Loyalty Programs – How Retail Giants Have Changed the World?

Did Starbucks, American Airlines and Uber really make loyalty program mistakes? We explore how big brands are trying to update their customer loyalty tactics in this blog post. 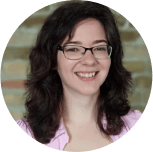 I’m sure that you heard (or maybe even felt) the anxiety of customers who were angry about how Starbucks and American Airlines changed their reward mechanisms. Or maybe you were surprised about the sudden announcement that McDonald’s also wants to have their own slice of the loyalty program pie.

What’s happening out there?

At first it may seem like these brands are just messing around with their programs, which causes more uproar than positive customer feedback. But you shouldn’t neglect one important thing: all of these brands’ efforts aim to satisfy their customers, because this is how they will drive more sales in the long run.

And how exactly are they doing it? Before you judge them based on some negative social media noise, I would like to highlight why their decisions in the last few months were actually right. And what’s more, you can also learn about how to fine-tune your own loyalty program from their examples.

Big retailers are aware of the fact that many customers spend most of their time in mobile apps  – 85% of their time, according to TechCrunch. (I just started counting the minutes…even hours that I spend on my favorite apps – from Instagram to Evernote – and yes, this definitely not just marketing mumbo-jumbo.)

So how the giants reacted to this trend so far?

Business Insider said that Starbucks generates 20% of its total US sales through mobile orders. How did they reach these numbers? Well, Starbucks always centered its Rewards Program around its own mobile app by offering these three amazing features:

Okay, now what have we learned so far? That Starbucks has seamlessly connected its loyalty program with its brilliant mobile app. This is one great way to get customers addicted to your loyalty program and make them stay connected with you all the time! 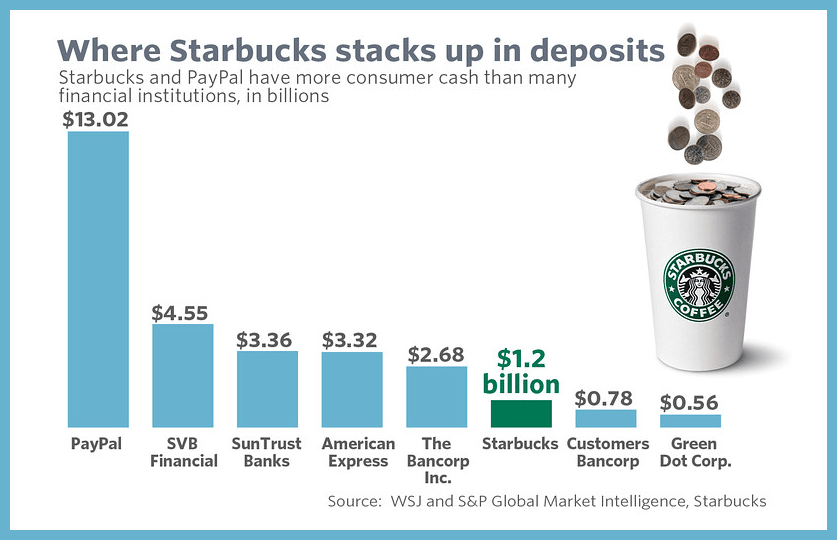 Starbucks allows loyalty members to add money to their loyalty card and pay with the app, like a digital wallet. This chart  shows you just how much money members hold on their Starbucks cards, compared to major financial institutions. Source: Market Watch

2. McDonald’s the copycat: Increase frequency of purchases with “mass personalization”

Starbucks has 12 million members in their loyalty program and Dunkin Donuts has 4 million members. And along comes McDonald’s, who eagerly wants to follow in the footsteps of its biggest competitors. No wonder they decided to launch a loyalty program centered around their mobile app, which was originally released last year and now has 10 million downloads. (Hmmm… I smell Starbucks’ influence in the air.)

What are their plans with their newborn loyalty program?

First of all, they want to reach three main goals with it:

How will it actually work?

Well, we need to wait to see it, as the program’s launch is planned for later this year or the beginning of 2017. But one thing is for sure. This concept will allow McDonald’s to ping customers with personalized offers based on their favorite burgers or drinks if they haven’t visited for a certain amount of time. Now that’s a great way to tempt customers to come back!

And it seems that McDonald’s is considering rewarding the number of purchases made in its loyalty program – just the same way as Starbucks had done it before… but if they’re smart, then they’ll reconsider according to Starbucks recent changes… which leads to my next point.

McDonald’s has recently made some very successful promotions, like the All Day Breakfast campaign, in which their changed their breakfast menu based on what was popular among customers in certain locations. Source: mcdonalds.com

3. American Airlines & Starbucks: Not all purchases are equal

In a loyalty program after a customer makes a purchase, you reward them with points or stars or diamonds or whatever you name it. That’s the typical procedure.

But here comes the big “BUT”! It’s crucial to determine your program’s reward mechanism, which means how customers get rewarded. They can be rewarded based on two standard criteria:

Actually, there are two major brands that recently changed their reward mechanism from “A” to “B”. Let’s find out why!

Their rewards program worked quite simply: you received reward points (miles) based on how many miles you actually flew with them. This is category “A”.

But they missed out a very important factor from this concept: two customers could collect the same amount of miles, regardless of how much they each spent on their plane tickets. That’s why, at the beginning of the year, they changed their concept, and now customers can earn 5 miles after every dollar spent. This, my friend, is category “B”.

If you wish to make sure your loyalty program achieves the same level of success and prestige, make sure to check out our informative video.

Next stop, Starbucks Rewards. Before their recent changes, customers collected stars after every purchase they made. Besides choosing the “A” mechanism, there were three other problems with their program:

From the point view of business, it’s quite clear why Starbucks revamped their loyalty program this year. Now customers collect 2 stars per dollar spent. It’s easier now to earn stars, but many more stars have to be collected in order to get your reward. But, a at the same time, it helps the company reward their most high-value customers and eliminate all of the problems their last loyalty program brought along with it. 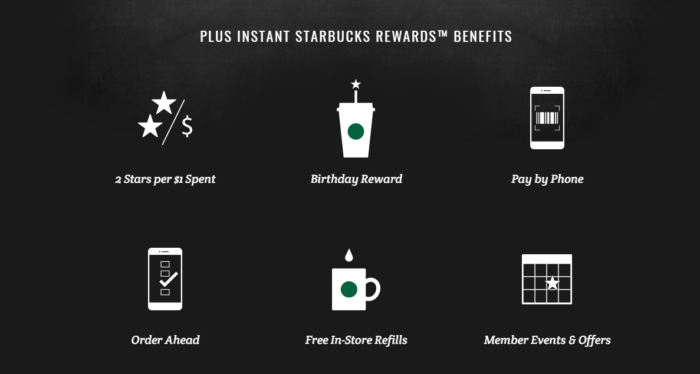 (Fun fact: McDonald’s may be secretly hoping for disappointed Starbucks customers to turn to them to get their regular coffee fix…)

4. Amazon Prime: The next level of customer delighting strategy

Critics say today’s loyalty programs are lacking in one area: they actually don’t provide REAL VALUE to their customers. Well, now I would like to show these critical voices how Amazon Prime has managed to truly keep pleasing their loyalty members!

Besides the exclusive opportunities they’ve continued to offer, like thousands of free movies and music and free 2-day shipping, now they’re launching an online supermarket for their loyalty members in the UK! (In the US it has been available since 2007.)

What’s so good about this change?

For an extra £6.99 monthly fee, Prime members have access to AmazonFresh, which allows them to:

See? Amazon innovation lies in the fact that they can perfectly adapt to their customers’ needs, and provide them the most convenient, fastest and most delightful experience. In this case, they reduced the hassle of weekly shopping to just a few clicks! 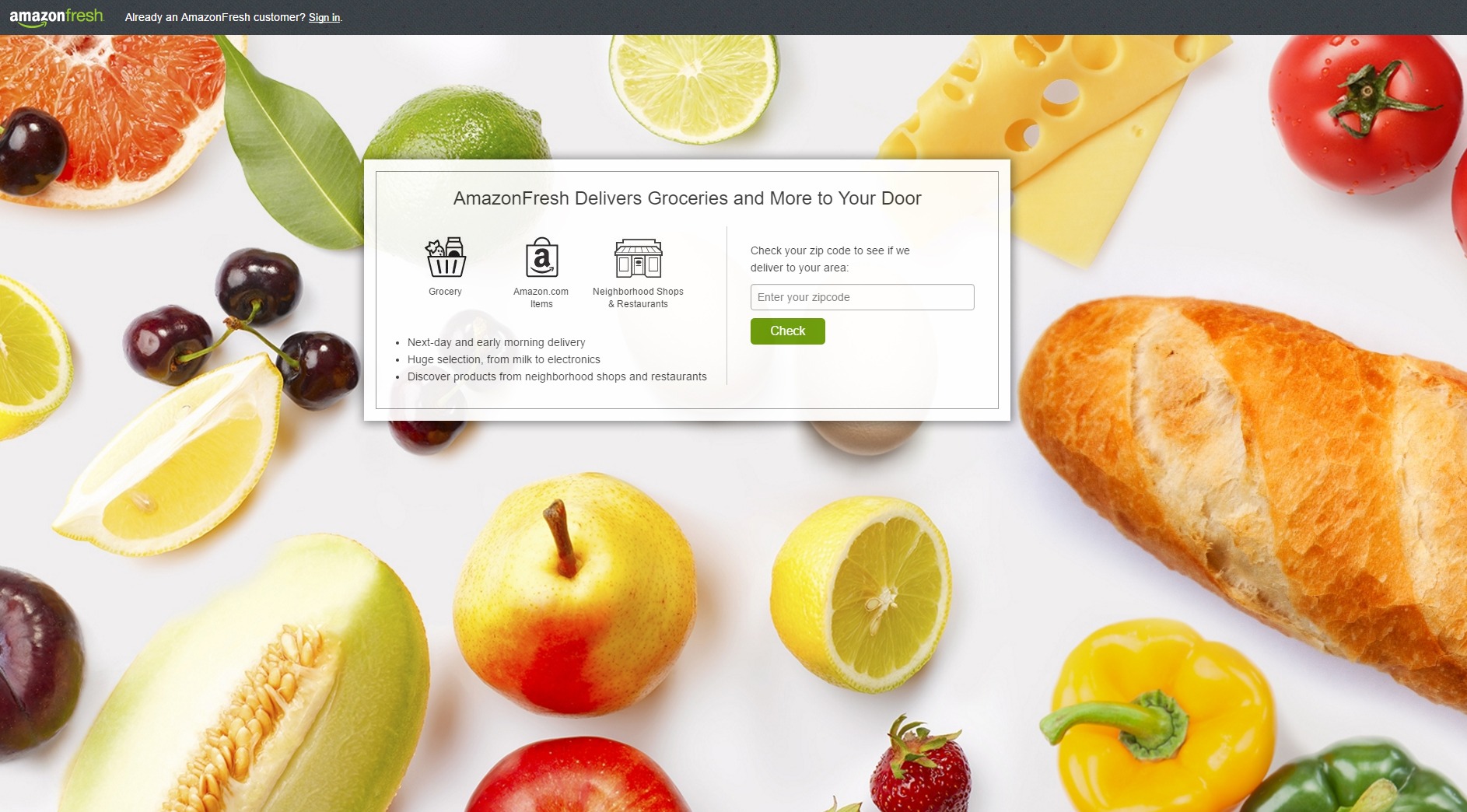 AmazonFresh is already available for Prime members in the UK. To deliver customers the freshest and best grocery products, they made contracts with big supermarket chains like Morrisons. Source: fresh.amazon.com

5. Uber: Promoting a high-end service with a loyalty program

Uber’s case is a little bit odd. Customer retention is naturally high and they never really intended to run a rewards program.

But have you heard that actually they had a secret VIP program for many years?

The VIP membership is unlocked after taking 100 rides, but instead of traditional loyalty incentives, like discounts, the VIP program promises better cars and special events for riders. But honestly, not all of the frequent Uber riders were satisfied with it – in short: they could be rewarded with better cars, but that also meant increased costs and waiting time.

Uber’s VIP Program offers tangible rewards, like invitations to special events and higher-ranked drivers. Usually these kinds of rewards are what keeps customers coming back, but in Uber’s case, they were probably just looking for the upsell.

The problem at Uber is not the number of returning customers, but the use of certain services. More specifically, the use of their exclusive (and pricier) service, UberBlack.

This somehow-luxury service has to cope with cheaper UberX rides – which, for example, resulted in demonstrations against UberX in Philadelphia at the beginning of this year. That’s why they suddenly announced that they will start a traditional loyalty program in July for their Los Angeles riders, which will allow them to get a free ride with UberBlack! The conditions: one UberBlack ride gives you 200 points, and once you reach 3,000 points, you get a $25 ride in return. According to Fitz Tepper from TechCrunch, it’s not a bad offer. If one ride costs you $40 on average, then after 15 rides and $600 in spend, you’ll get 4% money back.

Let’s see the differences this program will make for Uber. 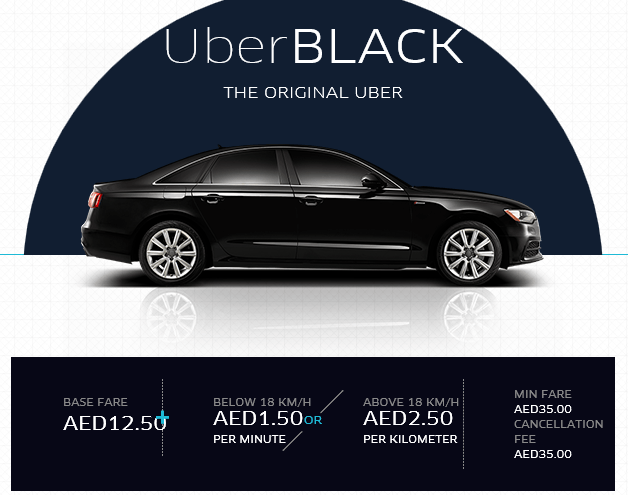 After many years of not having a traditional earn-X-points and get-X-discounts type of loyalty program, now Uber is launching one for its UberBlack service in LA. (Image source)

As you’ve seen, Starbucks, American Airlines, McDonald’s, Amazon Prime and even Uber want to satisfy their customers’ needs in different ways, like:

So what’s your favorite example from this list? Which tactics do you like the most? And which programs do you think won’t work for these brands on the long run?

To get posts like this, about e-commerce marketing and customer loyalty, delivered straight to your inbox twice a week, sign up for our newsletter. Let’s keep in touch! 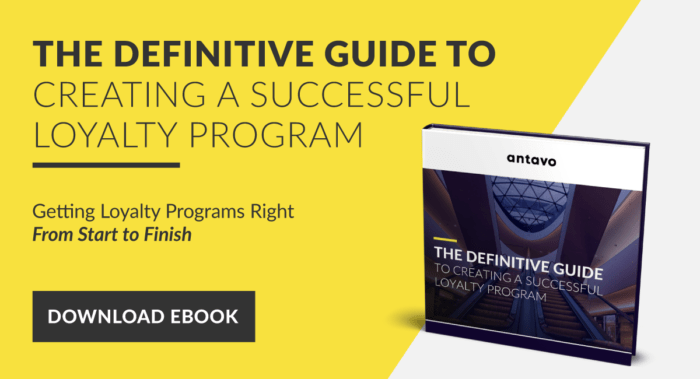 As life has started returning to normal after COVID-19, customers’ demand for businesses to honor their loyalty is on the […]

Find out more about eCommerce loyalty programs, must-have features to include, and how they can help your business by moving your most important KPIs.

[Guide] How Much Will a Successful Loyalty Program Cost You?

In helping our clients to build their own loyalty programs, we found the following critical parts where costs can shake up your budget.