I’m thrilled to announce that on September 26, Antavo won in a category at the UK’s most prestigious ecommerce show, […]

I’m thrilled to announce that on September 26, Antavo won in a category at the UK’s most prestigious ecommerce show, the eCommerce Awards for Excellence. We presented a case study on our loyalty program with LuisaViaRoma, and how successful one particular email campaign was.

According to our findings, the birthday campaign Antavo managed not only helped to increase the number of loyalty program participants significantly, but also grossed more revenue than the company’s all non-loyalty email campaigns put together in 2017!

Being chosen as a flagship of the ecommerce industry is a great feedback, and we are happy to share these news with you.

eCommerce Awards 2018, the Oscar Ceremony of the Online Business World

The eCommerce Awards for Excellence aims to highlight forward-thinking companies and make them the torchbearers of the ecommerce industry. Yet the event is so much more than a simple award ceremony, as it provides plenty of opportunity for the promising titans to network and exchange ideas.

This year there were 27 awards split into four segments – Industry, Campaigns, Specialist and Business. Antavo was nominated for Best eCommerce Loyalty Campaign and Best Email Marketing Campaign, and took home the award for the latter from four other highly qualified attendees. But what was the story behind our company’s success?

LuisaViaRoma and a Surprising Delight

The entry Antavo submitted for the eCommerce Awards was a case study about running LuisaViaRoma’s loyalty program. The renowned Italian-born global fashion company launched a loyalty program with the help of our company in early 2017 to give something back to their loyal customers.

When hearing about the award, Nicola Antonelli, CMO of LVR expressed his delight: “This is a great result for Antavo, but it doesn’t surprise us: we’ve been working with them for 2 years now and we were able to built a successful loyalty program, that today counts members from all over the world.”

He also added that they’ll be looking forward to extending the cooperation with Antavo: “We have a lot of projects with Antavo for the upcoming 2019 and, who knows, maybe hopefully one of them will be the case study of next year’s eCommerce Awards.”

The Success of the LuisaViaRoma Loyalty Program

The LVR Privilege Program is a membership based program where customers can earn points and enjoy benefits if they are in certain tiers. One of the most successful campaigns within the loyalty program is the Sneakers club where customers receive access to the latest product releases ahead of the wide-public.

“We were able to add different kind of contents to the Privilege Program, from LVR Badges to international luxury experiences, in order to engage our customers and offer them something unique, that they cannot find at any other luxury fashion e-commerce” explained Nicola Antonelli.

The Birthday Campaign That Outstripped The Competition

In the case study that eventually earned the eCommerce Award, we’ve listed several findings regarding a loyalty email campaign LVR started in 2017. In brief, members of the the program receive loyalty points for their birthday, depending on their tier level.

As the study points out, providing such surprises is a great incentive for customers to engage more with the store. For instance, those who received such message are 60% more likely repeat their purchase. In the meantime, the overall number of loyalty program participants increased by 50%.

The Birthday Email ranked third most successful among all of LuisaViaRoma’s email campaigns during 2017, which is no small feat. Furthermore, it grossed more revenue than all non-loyalty email campaigns combined. No wonder that the judges raised an eyebrow!

On a personal note, we are glad to have the opportunity to be in a partnership with companies like LuisaViaRoma, as they are open for innovative ideas and willing to try new things. We were also happy to work with Emarsys, who is the long-standing marketing automation provider of LVR.

The Future Is Bright

We at Antavo work tirelessly on helping companies develop in their customer retention through loyalty programs, and seeing our partners achieve their full potential is a reward in itself. However, it always feels nice to be patted on the back by the very industry we are in, and have our efforts acknowledged.

This shiny award standing on our shelf will keep reminding us to always do our best and never accept anything but excellence. If you are interested in improving your own customer retention, it would be great to hear about you.

I’m thrilled to announce that on September 26, Antavo won in a category at the UK’s most prestigious ecommerce show, […]

Loyalty programs can work for luxury fashion, too – just change the perspective. Motivate your customers with personalized offers, tiered rewards and mystery perks. Luxury fashion loyalty programs matters because it builds a sense of privilege within the community.

I’m excited to bring you the news about the latest achievement of the luxury fashion retailer LuisaViaRoma and Antavo: winning the award […] 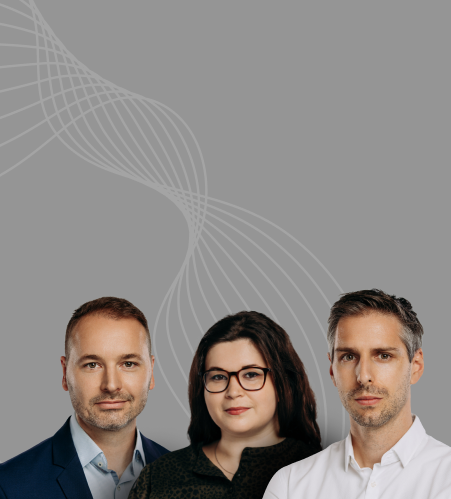