Are you using your social media to its full potential? Here’s how you can milk your online presence for all it’s worth. 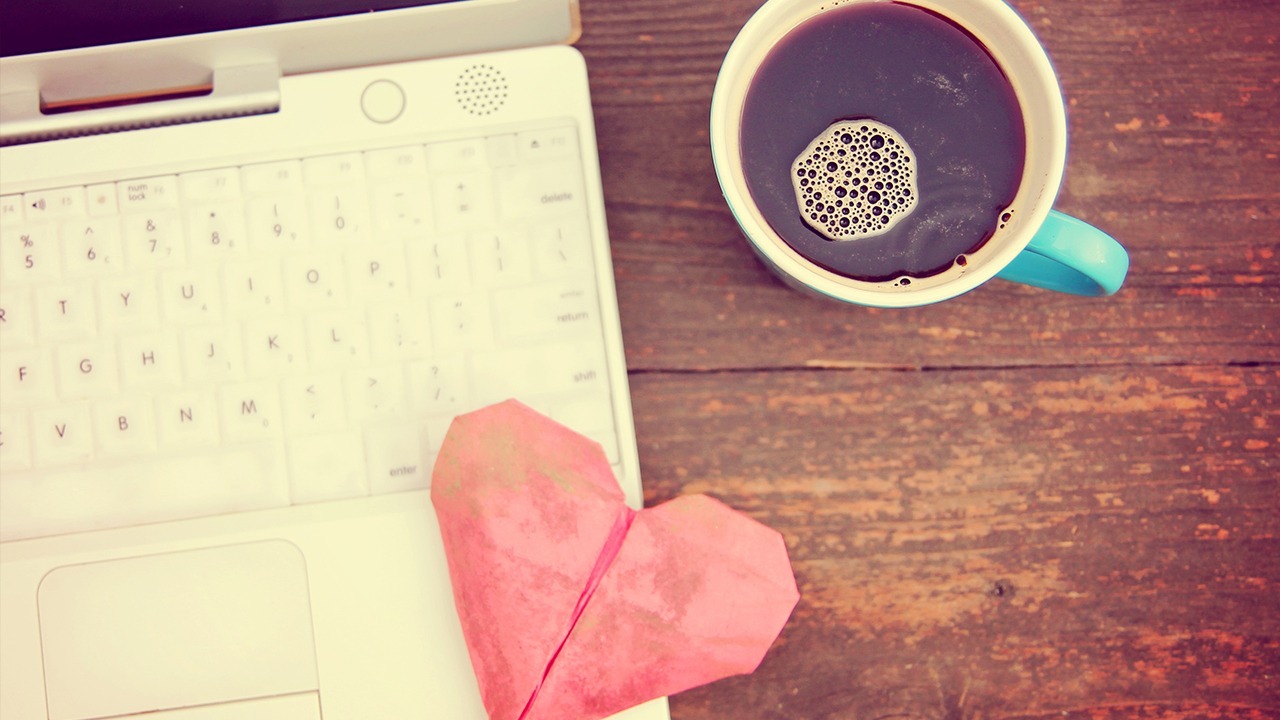 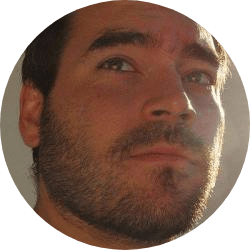 Are you using your social media to its full potential? Here’s how you can milk your online presence for all it’s worth and build solid customer loyalty through social media.

Social media is a valuable tool in the marketing sphere, that’s a given. It’s even more beneficial for ecommerce sites with customers from every corner of the globe. If done right, your social network channels become a vital resource for attracting new clients and retaining existing ones.

On average, tweets containing a famous quote see a 19% increase in retweets. Quote often and tie them back to your brand. If your business sells motivational CDs and self-empowerment courses for instance, then a relevant quote may be something like:

“There’s nothing to fear but fear itself” – Franklin D Roosevelt
“Accept the challenges so that you can feel the exhilaration of victory” – George S. Patton

When you tweet a quote, the post is seen as more inspirational and less promotional, which always resonates well with an audience. The quote can even be a lead-in for a lengthier blog post or vlog, which caps off with a mention of the product or course being offered along with a link.

One company that did this with amazing results is the apparel company Ugmonk. The company routinely submits tweets with famous quotes from historical and contemporary figures, and many of the quotes are incorporated into their clothing. This is what we mean by “tying the quote back to your brand.”

Speaking of quotes. Here are two more examples on how you can use them in your marketing strategy:

One of the quickest paths to failure is taking anyone and everyone’s advice rather than sticking to your gut.

Ugmonk uses quotes in their Tweets very well. They submits tweets with famous quotes from historical and contemporary figures, and many of the quotes are incorporated into their clothing.

Pinterest, for example, has a large female following. Nike exploited this statistic to its advantage. The apparel company is very active on the site and even has multiple channels targeted to specific demographics. One of their accounts, Nike Women, is geared towards female athletes.

Pinterest is a must if a good chunk of your demographic consists of females, especially millennials and the younger generation that are more likely to be active social media users. If you happen to be hosting an event, then Pinterest images from your company channel make for great images to include on digital signage. 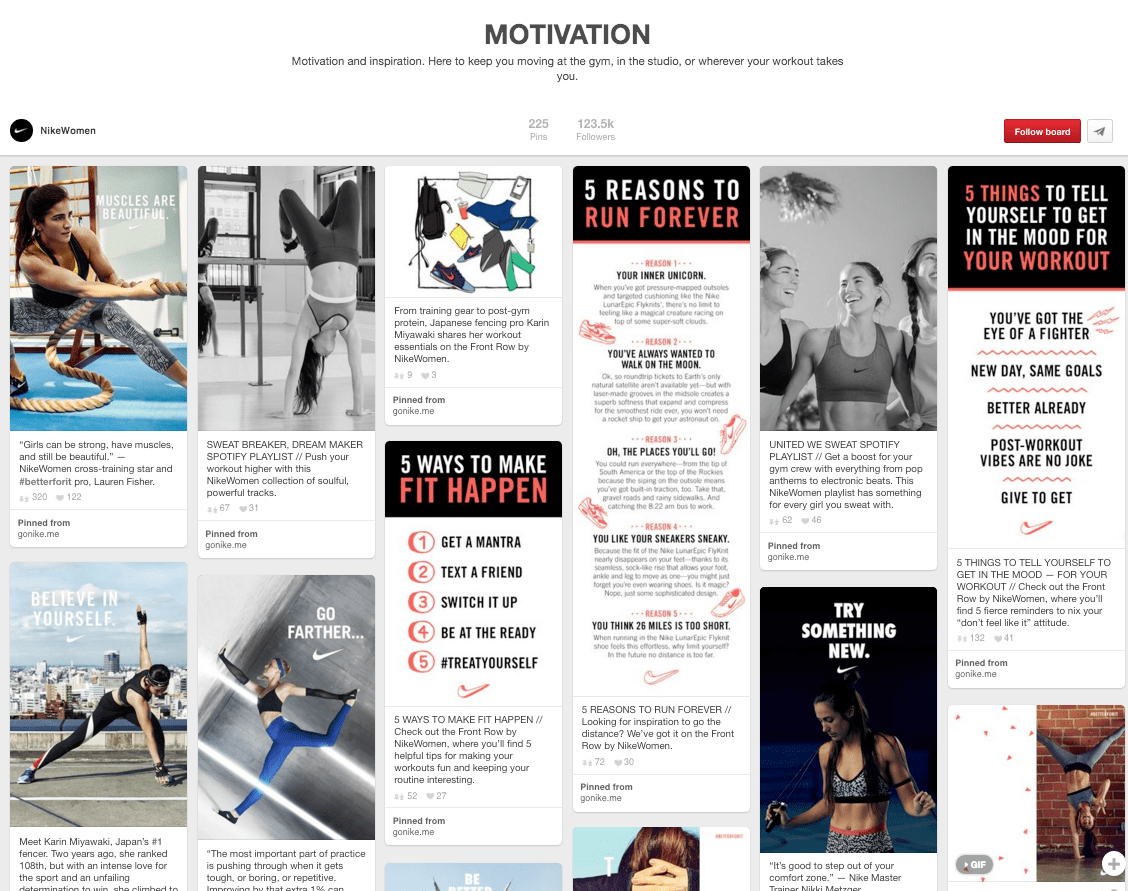 Nike Women and it’s board, Motivation, target woman with their inspirational quotes, infographics and infograms.

#3. Reward Members Just for Being, Well, a Member

Always look for ways to reward your audience.

Here are three strategies that you can use on Twitter based on the engagement level of your followers:

The hotel and restaurant company Kimpton Karma, for instance, rewards customers who visit on their birthday with a 20% discount. They even take it one step further and surprise guests with a gift that they included in their “favorites” on the company’s site.

Kimpton Karma rewards customers who visit on their birthday with a 20% discount. Then if a customer shares their experience on Twitter, Kimpton also shares it. This is a great way to use user-generated content to build social proof for your brand.

#4. A Little Self-Promotion Is a Good Thing

Beardbrand is a beard oil maker. In case you didn’t know such a thing exists, it does and there are other companies that make it as well. In a lighthearted manner, Beardbrand tweeted an image of its product and shamelessly boasted that its brand is the best out there.

It also included a link to a lengthy blog article boasting about its product using plenty of wit and humor to go along with it. A method like this is effective because it shows consumers that the brand doesn’t take itself too seriously. They even fully acknowledged that their own review is overly biased.

Why not do the same with your own product?

Do it the exact same way! Here are the steps to create a well-performing tweet:

This is yet another freebie you can provide to cultivate long-term loyalty. If there is an upcoming event, then the link can be directed towards a special page where customers can get some sort of special, perhaps half off the product price with the purchase of an event ticket.

This is a 100% biased review, but Beardbrand makes the best beard oil on the market. http://t.co/UUlR8d1Ui2 #beardoil pic.twitter.com/M54PWrVW6A

Here is how Beardbrand self-promoted itself. The company tweeted an image of its product and shamelessly boasted that its brand is the best one out there.

#5. Take Advantage of an Existing Trend

Mani Pedi Day isn’t actually a holiday, though many beauty salons and cosmetic stores have treated it as such to get customers to stop by. One store, Sephora, has made good use of the holiday with the hashtag #manipediday followed by a witty tweet urging customers not to let their nails go naked for the holiday.

Keep an eye out for trending hashtags especially one that fits the mold of your business and piggyback off of it.

If there is some kind of industry-specific holiday, consider holding an event on that day where various special offers are made available to customers. The event can be a physical one with live attendees or it can be held online by live streaming content.

Here is how Sephora made good use of the holiday with the hashtag #manipediday followed by a witty tweet urging customers not to let their nails go naked for the holiday.

It all Starts on Social Media

Don’t be afraid to emulate the tactics employed by other companies. When smart social media marketing is combined with rewards and freebies, customers will be more inclined to jump on board and stick around for the long haul.

Dan McCarthy is an Event Manager at Ultimate Experience, an event management company based in the UK. Dan has 5 years of event project management under his belt. He has worked on many successful events, and currently he shares his knowledge by writing on the company blog. Follow him on Twitter @DanCarthy2.